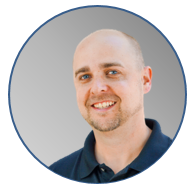 100% FOCUSED on delivering the BEST in service, communication and partnership when it comes to helping you buy your home in Pleasant Hill, Martinez, Concord, Walnut Creek or Lafayette California.

We're excited to release our IOS application you can use for free.

If you're on your mobile device click the link above and try it now.

We'd love to hear what you think.

You can search for listings.

You can pinch to control the zoom of the map, which will narrow the search and the listings will adjust accordingly.

Best of all you won't have to deal with Ads and third party sites selling your personal information as a "Lead" the way Zillow, Redfin, Trulia and Realtor.com will.

Be one of the first to demo this homeowner tracking software.  We have just a few more BETA testing spots to give away for free.

Hope you enjoy and remember we're NEVER too busy for your referrals.

In the video below, I will give you an over the shoulder comparison for a real life scenario that we recently did for a client wanting to purchase a home, with limited funds for closing right here in Pleasant Hill California.

Review the 10 minute tutorial, and then get in touch with us and ask us any questions about getting started.

The downside for FHA loans in Pleasant Hill, is that it comes with hefty government fees or "Mortgage Insurance" that are normally financed into the new mortgage.

These are two popular low down payment, conventional options offered by Fannie Mae and Freddie Mac for potential borrowers that have a qualifying income.

These two programs are not necessarily for low income borrowers in Pleasant Hill, but they do have caps on how much household income you can use in order to qualify.

In the video above I compare home ready and home possible to FHA.

Next we will show you our exclusive zero down payment program.  Most lenders will not even bother to mention or show you.

With this program, we can offer to finance both your required down payment, and usually all of your closing costs.  Many potential buyers in Pleasant Hill are surprised to find out that the payment option with very little or no money out of pocket is very palatable compared to the other more popular, low down payment options mentioned above.

How To Schedule a Pleasant Hill Property Showing

On the site or in the app if you click “favorite” or “request showing” I will get notified automatically and put together comp reports and showing schedules for you.

This way we can be kept in the loop together on what you like in Pleasant Hill and are interested in with just one click without you having to email or call every time.

These changes in cooling off are primarily due to mortgage interests rates continuing to rise and an influx of sellers trying to chase the prices from earlier in 2018.

In our last blog post we illustrated how a key treasury note has spiked through a five year resistance level indicating the trend in rising rates will likely continue.

Note that Contra Costa County sales are down 12.6% from the same month last year...

Could this be a big red flag on a shift in the market place? 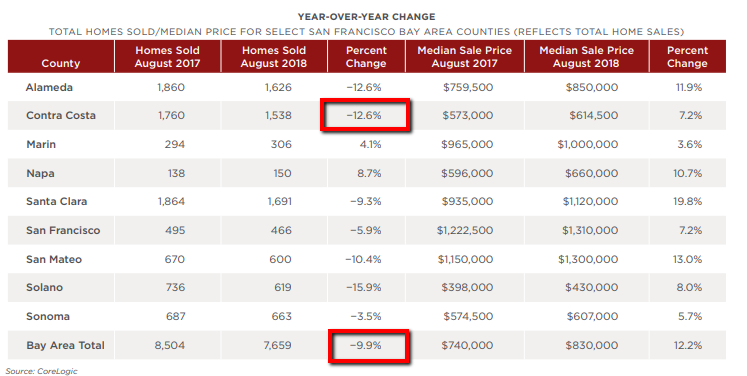 While this newer trend is ultimately good news for frustrated buyers, years of steadily increasing prices mean that those hoping to buy a home will need to spend a bigger share of their income once they find one, unless we see prices decrease.

At the same time, raised Mortgage interest rates will be increasing payments as they continue to go up.

Will bay area income continue to keep up with the home prices?

Nonetheless, those buyers daunted by low inventory and high prices have reason to be cautiously optimistic as parts of the housing market begin to ease.

If you've even been thinking of buying a home...

It is important that you get your questions answered.

NOW may not be a great time for you to buy.

Get your questions answered and review our free home buyers crash course below.

Should I Still Buy a Home In Pleasant Hill With Mortgage Rates Trending Up?

Should you still buy a home in Pleasant Hill even when mortgage rates have been trending up consistently since July of 2016, and the local Pleasant Hill market has changed significantly in recent months?

In fact... Mortgage interest rates, as reported by Freddie Mac, have increased by close to a quarter of a percent over the last several weeks.

The FED is expected to raise rates at least once more in Q4 for 2018. 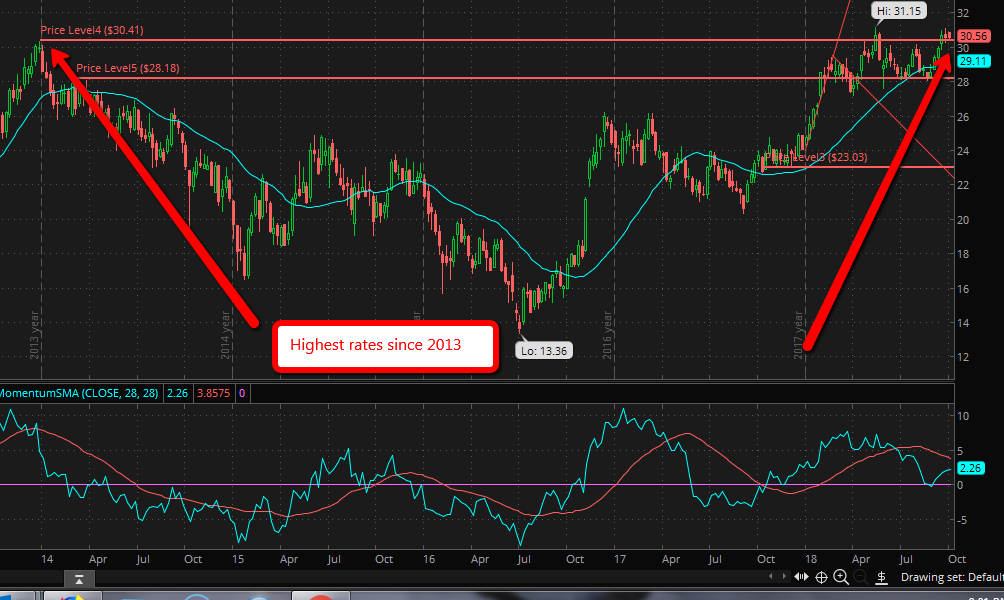 Freddie Mac, Fannie Mae, the Mortgage Bankers Association, and the National Association of Realtors are all calling for mortgage rates to rise another quarter of a percent by next year.

In addition to the predictions from the four major reporting agencies mentioned above, the Federal Open Market Committee recently voted “unanimously to approve a .25 percentage point increase in the primary credit rate to 2.75 percent.”

Historically, an increase in the primary credit rate has translated to an overall jump in mortgage interest rates as well.

This has caused some purchasers to lament the fact that they may no longer be able to get a rate below 4%.

However, we must realize that current rates are still at historic lows.

Here is a chart showing the average mortgage interest rate over the last several decades:

Could you imagine if you had bought in the 1980s at today's prices?!?

That would be quite a payment! 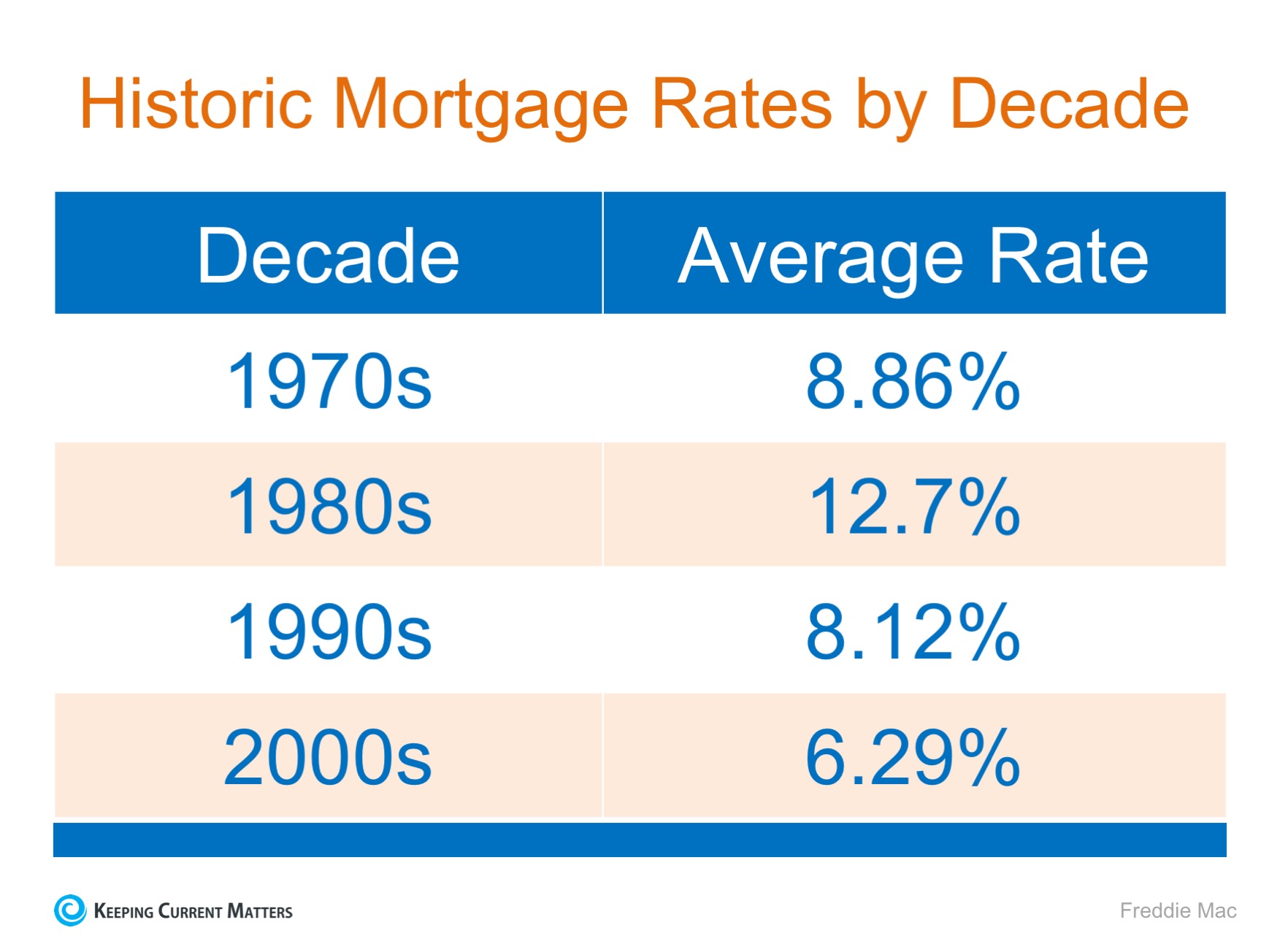 In the four weeks ending on September 23, 22.9 percent of homes sold for more than their asking price, across the metros tracks. More than one-in-five sounds like a lot, but it represents a 2.6 percentage point decline compared to the same period last year when 25.5 percent of homes sold above their list price.

The share of homes that sold above list hasn’t been this low since 2016 and has been declining since its peak of 29 percent in June.

Total home sales for the Bay Area fell nearly 10 percent compared with August 2017, according to CoreLogic.

Sales increased 1.8 percent compared with July, but the total volume was nearly 18 percent below the August average going back to 1988 and the lowest since August 2011.

Sales activity for the summer, June through August, was the slowest in seven years.

SHOULD I STILL BUY A HOUSE IN PLEASANT HILL?

Though you may have missed the lowest mortgage rate ever offered, you can still get a better interest rate than your older brother or sister did ten years ago,

A lower rate than your parents did twenty years ago...

...and a better rate than your grandparents did forty years ago.

That being said it does not necessarily mean that you should buy your home right now!

Depending on your situation you may NOT be in the best position to buy. 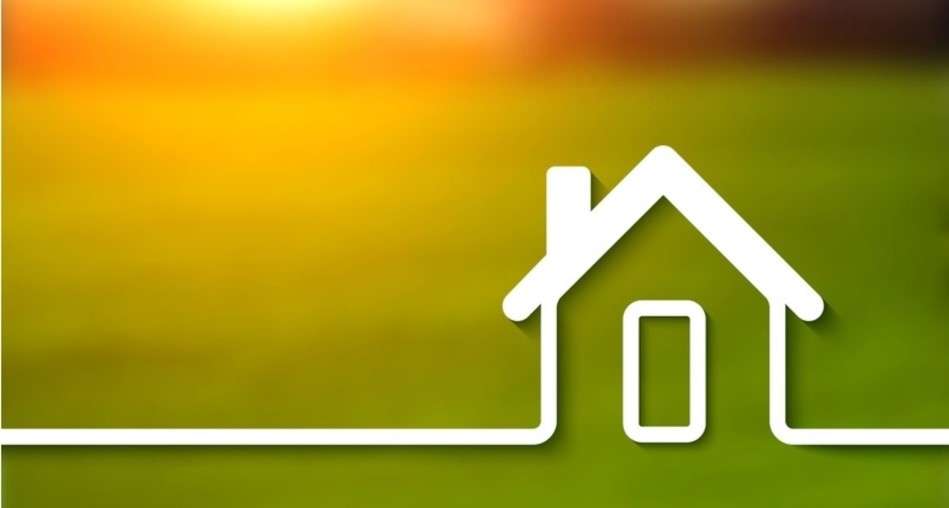 Could bay area real estate be topping out?

Many say that it’s the time of year.

Buyers are frustrated and everybody is beginning to shift their focus to the holidays.

However it’s highly possible this could be a perfect storm for real estate values to have a significant traction.

ONE: National Association of realtors report that homes pending for sale all over the country of slowed significantly nationwide.

Reports from the East Bay times confirms it’s even more serious in the bay area.

TWO: The feds policy to begin reducing its balance sheet basically means it’s going to aggressively start raising rates. Rates have already been raised several times this year and it’s expected but they will be a raised aggressively starting in December.

THREE: There’s a very real possibility due to the new tax proposal in Congress that the Mortgage Interest Tax Deduction along with other Real Estate write offs could be taken away from homeowners. This could cause some significant changes to home owners in high taxed states and could affect real estate values especially in California.

If the mortgage interest tax deduction is taken away on any level it will raise the overall costs of real estate ownership and could have an overnight impact on home values especially in wealthier areas.

One BIG reason it may NOT be topping out.

At the end of the day supply and demand are the biggest key indicators of an economic market... the only indicator I see that will hold this market up is the LACK OF INVENTORY on the Bay Area market.

In lieu of other heavily weighing factors until a catalyst occurs making people WANT to sell more homes this market could hold strong.

You can check the inventory in your area by clicking here.

If you have any need to leverage equity in your home lower your interest rate or take cash out you may miss the boat on refinancing once the Fed starts to raise rates.

If you’re a potential buyer it’s highly likely all this will be a wash if real estate prices come down and rates go up they can possibly cancel each other out depending on the severity of both corrections.

We will have to wait and see I guess.

PS: A while ago I shared with you how I got rid of all of spam callers. I got some great feedback on that post so if you are constantly in undated with Robo calls go back and check it out

This week I wanted to get A little bit back to the market since there are several key indicators pointing to a cool down in the housing market that were recently released.

Let me know your thoughts or questions in the comments below.